Apache Waria was born in Berbice, Guyana. At the tender age of 5, he migrated with his father and brother to New York. The family settled down in Queens, New York where he attended Susan B Anthony Academy Middle School and Hillcrest High School. It was a big adjustment for a lad coming from a small tropical South American country with a population under a million to a country with over two hundred million at that time, not forgetting the four seasons. He adapted well to a predominantly Caucasian neighborhood and had his fair share of being looked upon as an outsider. Indo Guyanese were more prevalent in Richmond Hill aka “little Guyana”, which is about three miles away from his home. Here's his story in his own words:

Guyanese nightclubs opened up in the late ’80s along with bars, West Indian grocery stores, and boutiques. There was a splinter of Guyanese stores far and few in between since the ‘70s in the Richmond Hill/Jamaica area. Apache remembers going to the Guyanese nightclubs, something he described as an ordeal. The clubs had a strict policy on identification admission however getting a fake ID was never an issue because, for ten dollars, he was able to secure one on the street. The music at the clubs was beyond anything he had heard before because of how professional the sound system was playing.

Reggae/dancehall music was the popular genre at the time and Apache gravitated towards the beats and rhythm. Chutney music was another type of music that was foreign to him, but he was introduced to it later on when he met the King of Chutney “Sundar Popo”, and “Anand Yankaran”. He would often attend parties and weddings when his DJ friends were hired to play and the exposure of the music grew on him. Sometimes he would be left alone to DJ, while his friends took breaks or while they were dancing. He remembers playing music from icons like King Yellow Man, Jose Wale, Bob Marley, and others. He was a big fan of Yellow Man. In 1992, his brother “Arawak Indian”, started his music career as a professional singer and around this same junction, their parents moved them to Bushwick, Brooklyn hoping to keep them out of gangs and away from bad friends. This move backfired as the area was worse than where they previously lived in Queens. In 1993, they moved back to Queens.

When they lived in Brooklyn, his brother had a little DJ set that he would practice on. Apache told himself, “if this guy can sing, I can do it too”. Whenever his brother was not at home, he would steal his brother’s lyrics and get on his sound system and practice. There was a lot of trial and error to get his beats right, but eventually, he was able to master it in a few months. That same year, he went to his cousin’s house in New Jersey where he met reggae singer Jermon, aka Mr. Solo from the “Culture Posse”. The “Culture Posse” was made up of one Jamaican, one Guyanese, and one Haitian. Apache started practicing with Mr. Solo almost every other weekend. He credits a lot of what he knows about music today to those sessions with Mr. Solo and to this day he is still close with him and considers him to be family.

In 1994, the year was a breakout for Apache’s budding talent. He was at a Trinidadian roti shop on Jamaica Avenue, New York sitting with his friends eating and beating a table freestyling when Indra of JMC - records introduced herself to him and made him aware that she was in the Chutney industry producing singers like the legendary Sundar Popo, Anand Yankaran, and others. She asked him if he would be a part of her upcoming chutney event. He didn't know much about chutney music at the time, but he accepted her offer and performed alongside the legendary Anand Yankaran. It was a sold-out event! After the show, Mr. and Mrs. Jaikaran asked him if he could collaborate on a project with them. He was very excited and said yes, and that was the first time he experienced the inside of a music studio.

After the song “Lovinda Baby” was released, Apache was offered a ten-year contract with JMC records. He turned the contract down for a number of reasons, including the lack of monetary compensation, exclusive performance rights, and more. Performing alongside Anand was the initial breakthrough to get the awareness of what the chutney market encompassed. Albeit he was not singing chutney music, he was still able to perform on the grand stage. After leaving JMC records, he joined his brother “Arawak Indian”, at Ashely Enterprise where he recorded two dancehall tracks, “Wining Baby” and “Dem a Talk”, at Kingston studio in Brooklyn, NY. The two tracks were hits in the West Indian market. Apache started doing shows for Ashely Enterprise and met other artistes and promoters and in 1995, he started recording with many local and international artistes.

One of the main studios that he started working with after leaving Ashely Enterprise was JKS studio with Mr. Jay Kewla. He produced over 20 songs including songs like "Guyanese Woman", "Love Me Country Bad", "Mr. Mention" with Arawak, "Medley Style", "Indian Medley" with Seeta Panday, "Wine and Go Down" with Terry Gajraj, and the list goes on. 'Wine and Go Down”, is still playing globally in different and medley styles especially at Guyanese weddings.  Apache had a rough start in his career trying to get his music played on Guyanese stations. They often refused to play his music, citing the lyrics and beats as inappropriate for public radio. One host, Herman Singh, was willing to support him and play his music. While Mr. Singh received some backlash for this decision, Apache’s music was eventually picked up DJ Freddy of JMC Radio (a Trinidadian station). After that, Apache approached a few other Guyanese stations to play his music but was met with rejection after rejection, some of these stations even wanted him to pay eighty dollars per song to have it played!

Apache mostly performed for Guyanese and Trinidadian fans, but in 1995 he experienced one of his biggest performing years. A band came from Holland and was looking for a bubbling singer to perform on a few shows. Roshan Ali was the promoter for that event. Apache started touring on a few shows in the USA and Canada with the band and met a Dutch promoter from Krishna Arts Promotion. He was impressed with Apache’s performance and invited him to tour Holland. Apache had no idea where Holland was at that time, but he did remember that his mother bought Holland powdered milk when they lived in Guyana. Nevertheless, he accepted the invitation to tour. He did some research alongside his promoter to see which style of music he should perform.

Apache’s first show was in Rotterdam in January of 1996. He was the first Guyanese to perform on a main platform in Holland. He was originally booked for two shows but as other promoters came to his events and watched his performance, they reached out to his promoter to book him for private and stage events like Melan, beach parties, etc. What was supposed to be one week in Holland became six weeks of non - stop performance and recordings. Apache ended up doing a live recording in Holland with the “Get Rhythm Band”. That CD was registered under Stemra and was on the top 40 European charts for six weeks in a row. He was also approached by a mainstream producer to re-record "Wine and Go Down" in a techno beat, but was unable to do that because he was still under contract with Krishna Arts. After his contract ended in 2001, he never resigned. He wanted to do something else and was getting tired of the music. He did not want to do it full-time anymore. Nevertheless, he continued doing shows in Holland for different promoters like Roshnie Promotions, Temptation, Krishna Arts, and others. He performed in Holland, Germany, Euro Disney, England, and other countries. He came back into the West Indian music scene in 2005 - 2006 and started doing shows and recordings all over again. He decided to not do it full time but resorted to doing it as only a hobby.

Apache tried to limit himself with shows and refused to sign any contracts. When he started performing in the West Indian market again, people asked why he’d stopped singing for so many years. The thing is, he had never stopped, he was just in a different part of the world performing.

From 2006 - 2019, Apache’s heart and soul were not fully in his music and he had too many personal issues happening at the same time. From 2020 and beyond, he became a born-again artiste. Now he has committed that any music he releases must be up to par or else it will not see the light, especially in 2021. The toxic circle that he was a part of is no longer there to corrupt his freedom of expression and mindset. He is currently working on professional music in Holland, Suriname, and Trinidad, and he has some exciting plans to collaborate with some big names in the music business.

Apart from recordings, he started promoting his own shows and has self-nominated himself as a mentor for upcoming artistes. He offers a special thanks to his fans and producers/promoters who were an integral part of his musical journey. 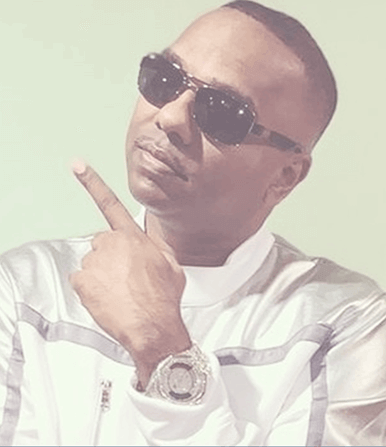 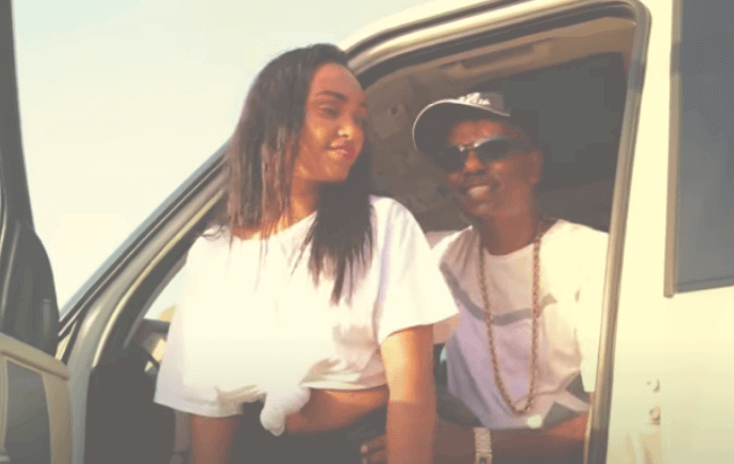