Why Working With Other Artistes Is Important To Apache Waria

A quick browse through Apache’s Youtube page would show that over the years he has worked with many artists. But this is only the surface, Apache’s collaborative efforts go beyond just other singers, he has a history of working with different producers and promoters too. To him, it’s extremely important to work with other names in the industry as it exposes you to their audience and vice versa.

Apache dates his first collaboration back over 10 years ago with a Trinidadian artiste called Anand Yankaran. Apache described working with Anand as a “major breakthrough” for his music career. Since then, he’s worked with multiple artistes from a number of different countries including Guyana, Suriname, Trinidad, Holland (the Netherlands), Pakistan and most recently, Japan!

When it comes to deciding on who to work with, Apache is open to collaborating with anyone so long as he has the time and you have a positive attitude. There aren’t a lot of people Apache has wanted to work with but has not been able to. Most recently, he was able to work with Selector B and that was a partnership over a year in the making due to their busy schedules. Apache is always looking forward to connecting with other artists, producers, and promoters. Check out some of his music and feel free to reach out to him to make some music magic! 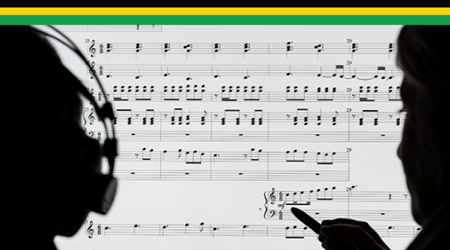